‘Toss a coin to your Witcher…’ 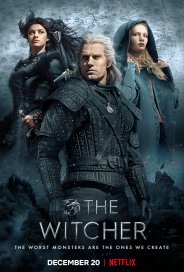 So you watched Game of Thrones and were hooked. The deep character arcs, the bleak setting, the political intrigue and of course, the sex and violence. It was all looking so good…until Season 8 when it all turned to ashes. You never thought fantasy could work for you, and now you’re not sure what could compare to Game of Thrones at its peak. What could bring that excitement back?

From amongst those ashes, The Witcher steps up to the wicket with a grim-faced Henry Cavill leading the team, and boy does he hit it for six.

The Witcher follows Geralt of Rivia, the titular Witcher, a monster-hunter for hire, as he tries to live his life avoiding and navigating the schemes of mages and kings as destiny thrusts him into the limelight.

The Netflix series is 8 episodes long and is based on the book series by Polish author Andrezej Sapkowski. This is the same book series that was adapted into the award-winning ‘The Witcher’ video game trilogy, which has set the standard for immersive and narratively compelling sandbox games. But the Netflix series should not be reduced to comparisons to video game adapted movies; it is so much more.

The first point to note is that the video game series is set after the conclusion of Andrezej Sapkowski’s books, whereas the Netflix series based on the books themselves, which forms an interesting prelude for those who want to go on to play The Witcher 3: The Wild Hunt.

The acting and action are gripping and bloody and the political plots that are set up are intriguing; all the hallmarks of an exciting fantasy story. The story is not entirely linear, which can be confusing, however when I realised what was going on I found it enormously satisfying to piece together. Some of my friends enjoyed this less, and whilst it is not an issue I had with the series, it is definitely a matter of personal taste as to whether or not this element of the series would be enjoyed. One complaint I do have about the non-linearity of the storytelling is that several character relationships advance off-screen, which can make it hard to understand who has known who for how long at certain points. I think this could be remedied by having a few more episodes to the season to expand on these connections, but I believe that the directors have provided an excellent series given its relatively short number of episodes.

My only other complaint about the Witcher is the CGI in places is janky, and clearly on a TV budget, not a film one. This is not fatal to the series and understandable given this is an untested TV IP. Hopefully, future series will be given a higher budget to correct this. 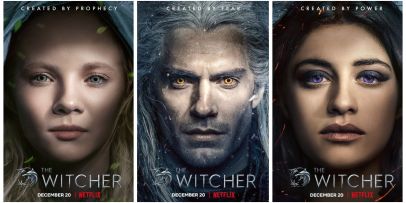 I thoroughly enjoyed this series and cannot recommend it enough to people who enjoyed Game of Thrones or who have played The Witcher video games. I am already itching for a season 2, and have started reading the book series to get my Witcher fix.

My final recommendation is not to watch this series on a commute. There is a significant amount of nudity, particularly in the early episodes, which might make for an uncomfortable public viewing experience.

Blood for the Blood God! I just finished this awesome Chaos Space Marine, it's been awesome getting back into mini-painting!
Current WIP - a #dnd pet, the Owlcat!
Beautiful snow in London!
It's pretty rough and ready but here is a sugar filled victoria sponge I made for my wife!
Trying to understand how lighting illustrates the features of the human body without colour or "outlines"
Just some #anatomy studies. It's funny how we perceive the spine to be more flexible than it actually is.
I'm feeling the Force this Friday...
Loving the cherry blossoms which bring a splash of colour to these quarantine days.
Turns out playdoh is a surprisingly versatile modeling medium! .